A job (aka class or role) is a specification used to define a player character’s skills, abilities, and stats.

Earlier draft of the job tree. Freelancer was a separate job with no antecedents. Apparently I planned to have Necromancer related to Alchemist. 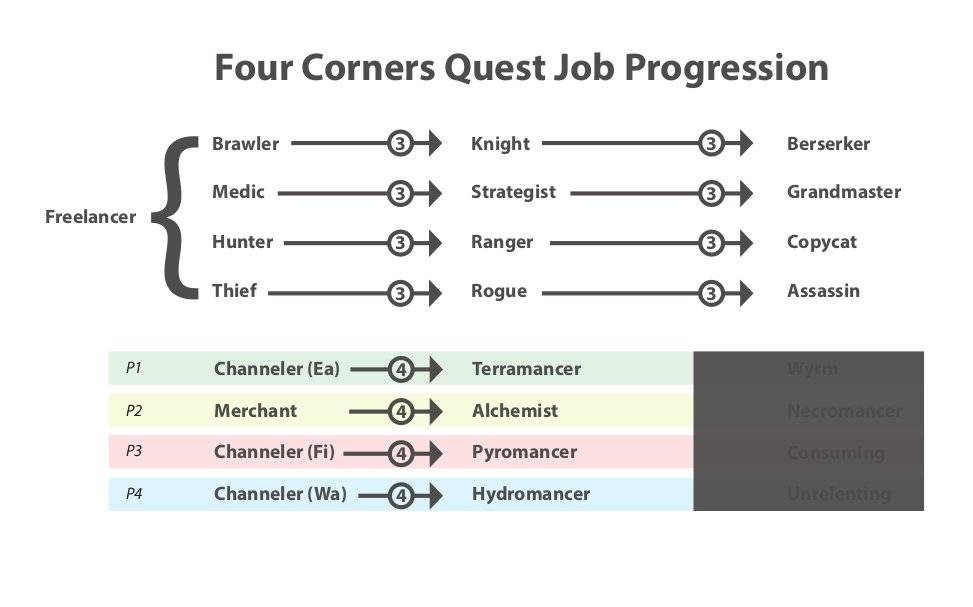 The freelancer became a prereq job.

The magic jobs were renamed to emphasize their similarity.

The magic jobs got a third stage in their tree.

Freelancer became Adventurer, which shifted over to a prereq for the magic jobs. Their third stage was removed. (The fewer exclusive jobs, the better.)

All jobs were normalized to have a level 3 prereq.

Merchant and Alchemist lost their Mir-exclusive status, and became part of the Adventurer tree. (Again, the fewer exclusives, the better.)

Page was a new job added as the first stage of the magic tree. It then branches simply with each player character getting their own variety of Channeler. 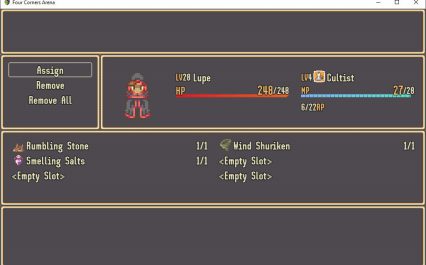 A lot of skills in this game fall into both of these categories: Can target…