As a rule, all classes in FCQ are limited to 4 active skills.

This is a design constraint to keep each skill useful. In FCQ, you won’t have the equivalent of a level 1 Fire spell cluttering your skill list after you’ve learned the much superior level 3 Firaga.

Equally important, this restriction is also to keep me sane. Even with only 4 skills to a class, but over 20 classes, that’s still a lot of skills. It’s plenty of work to conceptualize and balance them all.

However, there was one area where this limitation felt… well, too limiting. My Ranger class has the ability to manipulate the elements. Since there are 4 elements, there are 4 related skills. That’s all. Just 4 support skills that are identical, except for their elemental affinity.

My workaround, while staying true to the rules, is to give the Ranger a toggle skill. Using Desert Camo or Swamp Camo will swap between two sets of 4 moves each.

It’s slightly clunkier than just putting more than 4 skills in a scrolling list, since it takes a couple seconds to use the toggle skills. But I’m willing to accept that speed-bump since it keeps the menu behaviour consistent and gives the class a unique quirk. 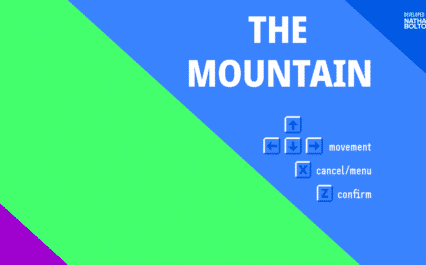 Updated battle UI. It's been challenging to fit everything into the small space while keeping…

I bought and added two premium plugins to the project: Side Status Battle UI and…